The Story of Tea Bags 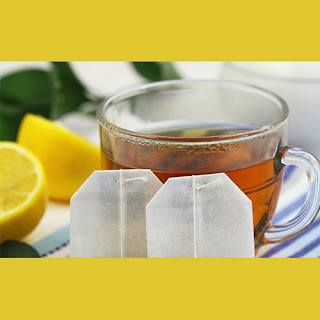 While tea is a drink that dates back thousands of years in human culture, tea bags are a fairly recent development by comparison. The thought for tea bags didn't come about until the turn of the 20th century, when two women had an idea to modernize the way people drank tea. Read the whole story here:

Legend says that brewing tea dates back to around 2737 BC, when tea leaves fell into water being boiled for Emperor Shennong of China. There does not appear to be any hard evidence of tea being discovered this way, but evidence we do have suggests that brewing tea did indeed likely start in China, first as part of a medicinal elixir. The first documented reference to this is found during the Shang Dynasty (1600 BC to 1046 BC). By the Qin Dynasty in the third century BC, it had become a relatively popular drink using just the tea (camellia sinensis), rather than mixed with other things as seems to have been common when used medicinally. From the beginning until the early 20th century, very little innovation came about in terms of the common method of brewing tea. This all changed in 1901.

Contrary to popular belief (and what every single tea manufacturer I could find said on their websites, and many-a-tea history book and paper consulted also stated), it was not tea merchant Thomas Sullivan who invented the tea bag in 1908. While he did (probably independently, given his reported design was quite inferior to the original) invent a tea bag that year, he was beat out by about seven years by Roberta C. Lawson and Mary Molaren of Milwaukee, Wisconsin.

On August 26, 1901, the two intrepid women filed a patent (US723287) for a rather unique (at the time) “Tea-Leaf Holder” that is remarkably similar to the modern tea bag.

They had identified an issue with the way tea had been commonly brewed for thousands of years. In their own words, the traditional method of having to brew a whole pot at a time, "involves the use of a considerable quantity of tea-leaves to prepare the desired supply of tea, and the tea, if not used directly, soon becomes stale or wanting in freshness, and therefore unsatisfactory, and frequently a large portion of the tea thus prepared and not used directly has to be thrown away, thus involving much waste and corresponding expense."

Thus, they invented an open-meshed woven cotton bag, “folded over upon itself and stitched along its side edges, forming a pocket-like construction having a flap at its open end… with the flap at the upper end folded down over the top end of the pocket and inclosed…”

A small portion of tea was then contained inside the enclosed cotton-mesh bag and allowed the preparer to place it “in a cup and have water poured thereon to produce only a cup of tea fresh for immediate use. By this means only so much of tea-leaves is used as is required for the single cup of tea, and thereby a cup of fresh. fragrant tea is prepared…”

About two years after the ladies filed their patent, it was granted on March 24, 1903. However, seemingly they were unsuccessful at bringing this to market, at least on any widespread scale that would have registered in documented history.

This brings us to Thomas Sullivan. Sullivan worked as a tea importer in New York when he (supposedly) accidentally invented tea bags in 1908. The story goes that Sullivan began sending small silk bags containing samples of the various forms of tea he sold to his customers as a way of encouraging sales.

The “accident” part is that a number of those people who he sent the bags of tea to decided to use the bag as something of a tea infuser, rather than opening the bags up and brewing the tea normally. As with Lawson and Molaren’s aforementioned invention, this allowed a person to make a single cup of tea, rather than an entire pot, and made for much more convenient clean up- when done, simply toss the bag. No need to clean out all the tea leaves from the pot and strainer or infuser.

The little marketing campaign worked and orders started rolling in, which Sullivan initially filled via standard containers of loose-leaf tea. Customers who had used the bags as infusers complained and Sullivan soon began offering his tea once again in bags.

However, silk bags weren’t ideal for steeping standard loose-leaf tea, due to being a little too fine and expensive for single serve. He, thus, replaced the silk of the original sample bags with gauze and then further tweaked things for better steeping by filling the tea bags with fannings, the broken tea stalks, and tea dust leftover from processing the tea. Sullivan then began heavily marketing his little innovation and the tea bag was on its way to becoming a household staple. How much of this story is true is difficult to discern. While it does appear there was a tea merchant named Thomas Sullivan who helped popularize selling tea in single-serve bags (as well as in larger tea bags for brewing whole pots), there seems to be little in the way of documented evidence backing up the individual bits of the oft-repeated story.

Whatever the case, we do know that commercial tea bags in the early days were not, on the whole, as good as Roberta Lawson and Mary Molaren’s original design, other than perhaps the later addition of a string to pull the bags out of the hot water when steeping was complete. You see, early bags often used glue to seal the tea in, rather than a folded, sewn bag. This glue then steeped along with the tea, greatly affecting the flavor. Various early fabrics used also often negatively impacted the taste.

However, despite many companies early designs being less than ideal at producing the desired taste, convenience won out, and, partially thanks to WWI with certain countries’ soldiers being given tea bags as part of their rations, the tea bag began to rise in popularity significantly by, and then during, the 1920s.

However, while Americans relatively quickly embraced the tea bag, the British viewed the invention with skepticism and a bit of upturned noses. Shortages of the materials used to make tea bags during World War II also helped keep the tea bag unpopular in the UK, despite the convenience factor and that by this time the tea bag was mostly perfected in terms of limiting its influence on the taste of the tea.

However, when the 1950s hit, when products making common household tasks easier began becoming all the rage, the tea bag saw a huge surge in popularity, and for the first time started gaining traction in the UK.

By the late 1950s, the tea bag had gone from virtually unavailable in the UK to controlling about 3% of the market, beginning its slow and steady climb. As of 2008, tea bags made up 96% of the tea market in the UK, a total surprisingly more than in the United States around that same time, where tea bags only held about a 90% share vs. loose-leaf tea.

SRC: This article by Sarah Stone can be found here: www.todayifoundout.com/index.php/2015/04/invented-tea-bags/
Posted by Unknown at 1:49 PM