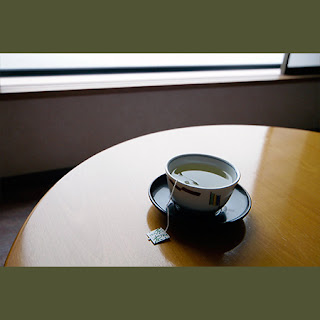 Green tea has been present in human culture since it's discovery in approximately 3,000 B.C. in the People's Republic of China.  A recent study conducted at the University of Shizuoka investigated the long-term health benefits potentially from green tea including preventing cancer, diabetes, obesity, liver disease, and neurodegenerative diseases.

Green tea contains various ingredients with specific health-promoting effects. For example, tea polyphenol catechins (Figure 1) are believed to exert protective effects against diseases such as cancer, obesity, diabetes, arteriosclerosis, neurodegenerative diseases, and tooth decay.1,4–7 They may also have antibacterial, antiviral, and hepatoprotective effects. Among the catechins, epigallocatechin gallate (EGCG) demonstrates the strongest bioactivity. The content of EGCG in green tea is higher than those in black tea and oolong tea, which may explain the superiority of green tea in terms of health benefits.7 Caffeine induces awakening, decreases the sensation of fatigue, and has a diuretic effect. Theanine and γ-aminobutyric acid lower the blood pressure and regulate brain function. Vitamin C exhibits antiscorbutic activity, prevents cataracts, and possibly boosts the immune system.7

In this review, we focus mainly on the bioactivity of catechins, in particular on EGCG, which demonstrates the highest activity in most cases. We have mainly focused on the beneficial health effects of green tea on selected diseases such as cancer and diabetes, for which we have conducted basic experiments.

SRC: Read the full journal article for this study:  www.dovepress.com/green-tea-catechins-for-well-being-and-therapy-prospects-and-opportuni-peer-reviewed-fulltext-article-BTAT